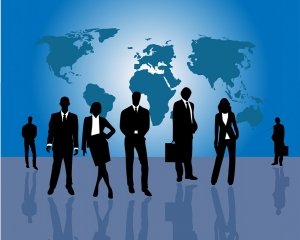 Vision of international colleagues on the Dutch audit culture!

Brett Bielanski is from the United States and working in the audit sector in the Netherlands. One difference he experiences is the way the Dutch auditor deals with deadlines. In the United States deadlines are rarely missed, whilst in Holland deadlines are missed and some clients even do not mind to pay for the overrun. He believes this results in less short term hours but prolongs busy season and ultimately leads to less efficiency and more time spent finalizing engagements.

He does like the way clients and partners/managers genuinely consider ideas and solutions others propose in the Netherlands. Back home he would introduce the standardized workpaper heading and tick marks. He did not notice big difference between the public opinion about auditors in the two countries. But when we ask him: ‘What can the Dutch audit sector learn from the US?’ the answer is simple:

‘The phrase ‘it’s not possible’ is overused. Most things are possible. You just have to try.’

Yerzhan is from Qazaqstan and working in the Dutch audit sector. The biggest difference between both countries is the work-life balance. In the Netherlands he has more time available for personal life, however he feels it is not helping him in his professional development. In Qazaqstan the most qualified people among graduates start at a Big4 audit company and are really committed to deliver work with high quality and in a timely manner. Therefore the quality of the working papers and the knowledge about the standards is much higher in Qazaqstan and the auditor’s profession in Qazaqstan is more prestigious.

The ‘people caring’ standard in the Netherlands is high and he would like to introduce some behavioral attitudes in relation to employees in his home country. He already started on creating a detailed approach to do this. There are a lot of things to learn from the Dutch culture, but the Dutch can also learn a lot from Qazaqstan. Starting with hiring more qualified employees to improve the quality, which will also require an increase in pay rate, as the salaries are low comparing to the ‘accountants in business’.

Marli Montgomery is from sunny South Africa. During her time in the Netherlands she has come to the realization that audit remains audit, the documentation thereof only changes and the client is still not overly excited about our presence. A big challenge for her in the Netherlands is not knowing the Dutch GAAP standards by heart as she does with IFRS.

If she has to take one aspect of the Netherlands back to South Africa, it would be the platform that we have that enables the client to pre-load all available documentation required for the initial start of the audit procedures, this greatly increases the efficiency of the project.

One aspect that she wants to see implemented in the Netherlands is more continuity in terms of team members on projects, this allows for knowledge to be obtained and transferred more efficiently from senior to junior team members.

She has come to the conclusion that the Dutch are incredibly proud of their language and that learning to communicate in Dutch helps you enormously, not only professionally but also personally.

Andra Diamant is from Romania and has been working for the Dutch audit sector for a few months now. She likes the concern and respect towards personal time in the Netherlands, and also the ‘open door’ policy of people higher up in the work hierarchy. Another difference she experiences, is the lack of stigma with regards to asking the client to provide additional explanations, which is more efficient and helps the audit and learning process greatly. Unfortunately, in Eastern countries this can be easily interpreted as being less knowledgeable in the field.

Though the accounting principles, overall audit process, testing and auditor opinions are comparable, she does have struggles sometimes with the Dutch accounting standards, language and social gaps. In her home country she would like to introduce a  proper separation between work and personal time, as well as changing management’s viewpoints into better understanding and acceptance of all staff working for the same company, though on different clients. She would also like to introduce the planning system as implemented here, however she feels that Dutch auditors need to improve the communication regarding the team, planning and deadlines.

Coming from an Eastern European country, she could say differences with respect to Western mentality are the biggest gaps that she has met and though she does appreciate the benefits of a higher-level society, she does not feel quite adapted yet after few months of being here – but she enjoys the learning process.